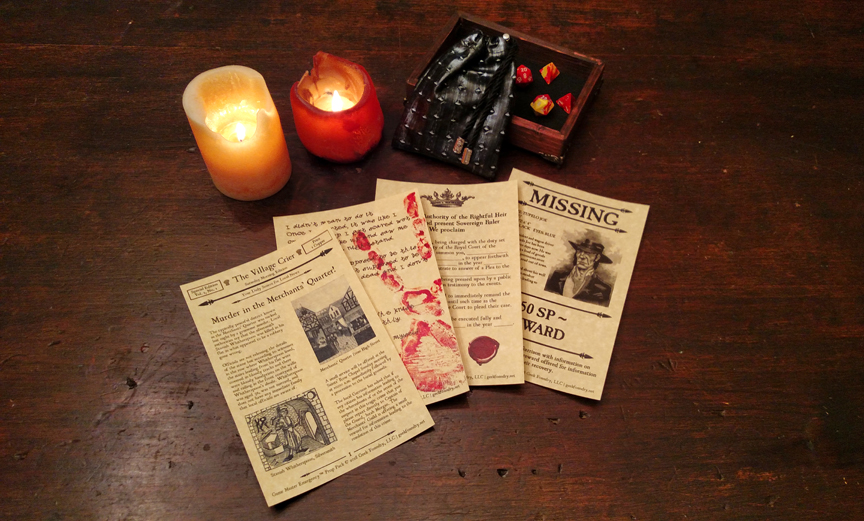 It has been a busy winter but we’re not out of the cold and snow yet. The crew over here at Geek Foundry have been working hard to produce several cool new products in our Game Master Emergency™ line of gaming accessories. One of the things we hear constantly is, “How do I keep my players engaged between campaigns?” While we could dive into this and spend hours pontificating on the merits of campaigns, I’d rather talk about a concept I’ve found makes for some really solid role playing experiences: Using system-agnostic props to let the players drive the story line in conjunction with me as their GM/DM.

I run a homebrew fantasy role playing called I call Dante’s Game. It’s a hybrid of “the best of the best” so you’ll see a little old-school D&D, Arcanum, Warhammer Fantasy, Chivalry & Sorcery, and a few other gems all thrown into the blender, mixed up, and fine-tuned to provide a really super fun gaming experience that players get hooked on. The players drive the adventure with their actions and choices. Everything they do has consequences, good or bad, and they provide enough engagement for me to making running the world relatively easy. But without getting too bogged down in details of the mechanics or those interactions, one thing that I do constantly is come up with new props to drop into the game to keep my players on their toes and continually give them leads to chase, mysteries to solve, and rewards to collect.

That’s why I’m super excited to share with my friends and customers some of my game hook props in this new product line. They’re system-agnostic so you can drop them into just about any RPG–and there’s a really cool little thing about them: They’re all cross-pollinated with Easter Eggs so you can combine multiple packs and build a larger story arc that will keep your players tracking down leads and loot indefinitely. The props provide just enough detail to spark any GM’s imagination so they can fill in the details about where a certain lost journal page was found and what treasure awaits the adventurers should they decide to research the secret location the lost journal page describes.

Two of the coolest things for me in putting these together was the opportunity to hire my friend, Jeff Preston (www.team-preston.com), to produce four pieces of original character art for the inaugural Prop Pack and having another friend, Michael Cammilleri (The Kissers), produce a small snippet of sheet music for an original tune I wrote for one of the game props. Jeff produces some amazing art and I’m looking forward to working with him on another product being developed in the Geek Foundry over the remainder of the winter. He really, truly nailed what I had in mind for these character sketches and I couldn’t be happier. Maybe I can get Mike to write some cheesy adventure music with me and start a new line of mp3. Ha!

If it seems like I’m all over the place here it’s probably true. I’m over the moon thrilled at being able to release the first six, well, OK–seven of twelve new products in the Game Master Emergency™ line. The remaining five (or perhaps six–make it a baker’s dozen?) will be produced and released a bit later in the year unless the demand is such that we have to make them available sooner.

Check ’em out today and pick up a couple for your game: Geek Foundry Game Master Emergency™ Prop Packs. 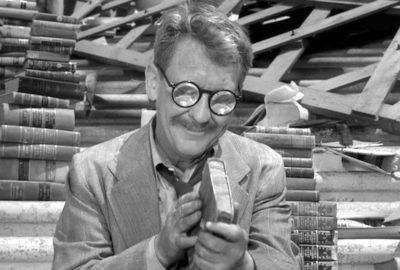 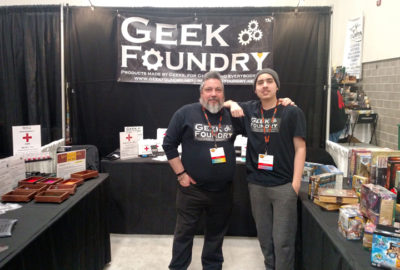 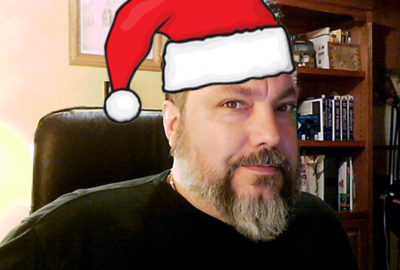 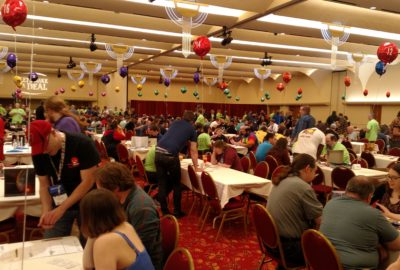 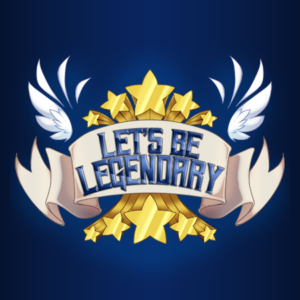